Why are few start-ups in Internet of Things (IoT) garnering a lot of funding whereas others are struggling to get their feet off the ground. We all agree that IoT would touch every aspect of our personal & professional lives and has innumerable use-cases for both enterprise-space as well as consumer-space with hundreds of billions in potential revenue opportunity. The question arises what kind of business model and use-case scenarios IITians should focus upon to get the time & attention from Sand Hill Road that they deserve. We have an Investors roundtable lined up in our upcoming IIT Mentors Event for you to find out the answers. 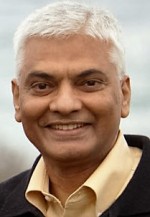 Subhash Chowdary is the founder and CEO of Aankhen Inc. He was the former Chief Architect at Apple Computer, USA where he helped develop and publish the VITAL architecture pioneering the concept of portals, data warehousing and ‘web services’. The architecture was the foundation for information access and delivery using personal digital assistants (PDAs) now ubiquitous as smart phones and tablets. Prior to working at Apple, Subhash has extensive multi-national manufacturing and integrated manufacturing systems development experience in multiple industries ranging from automotive to geothermal energy.

Subhash is a graduate of IIT Madras and University of Texas.

Sanjit has the fastest Eng PhD from University of Illinois (2yrs 9mo
after undergrad), which he received in 2000 with top research awards. He also attended the Venture Capital Executive program at Haas School of Business, UC Berkeley. He’s an invited Speaker at several top events, eg SURGE/WebSummit, TiECon, McKinsey leadership event, Silicon Valley Open Doors, Global Big Data and IoT conferences. He’s also a mentor at Stanford and Berkeley’s Entrepreneurship programs. He is also on University of California President’s Innovation Council (invited by the President). Personally, Sanjit has an interest in film-making. He has made a few short movies and taken courses in script-writing, lighting, editing and production at DeAnza College, Cupertino. 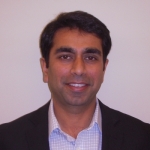 Ankur Prakash is Vice President at Liberty Global Ventures, the corporate investment arm for Liberty Global. In this role, Ankur is responsible for making investments in early stage technology companies developing products relevant to the broader cable industry. Ankur spends a lot of his time helping his portfolio companies with strategy and business development. He is based in the Silicon Valley and focusses on enterprise software, systems and mobile related deals for Liberty Global. He currently serves on the board of Benu, Guavus, Mindmeld, Mediamorph and Plume.

Prior to joining Liberty Global in 2012, Ankur was Director of Strategy and Investments at Juniper Networks. In this role, he was part of a team which led Juniper’s investments in Vidyo, Violin Memory and TypeSafe Inc. As a Silicon Valley veteran Ankur has held leadership roles in engineering, product management and strategy functions at successful companies including Cisco, Juniper Networks and Alcatel-Lucent.

Evangelos Simoudis is the co-founder and Managing Director of Synapse Partners, a firm that advises global corporations and invests in early-stage startups developing big data applications. He has been working in Silicon Valley for 25 years initially as an entrepreneur, and corporate executive and later on as a venture investor. Evangelos served as President and CEO of Customer Analytics, (acquired by XChange, Inc, NASDAQ: EXAP) and as Vice President of Business Intelligence at IBM.

Evangelos is a recognized thought leader, author, and speaker on corporate innovation and big data strategies. In 2012 and 2014 he was named a top investor in online advertising. Evangelos serves on the advisory boards of Caltech’s Center for Information Science and Technology, the Brandeis International School of Business, New York’s Center Urban Science and Planning, and SAFE’s Autonomous Vehicle Task Force.

Evangelos earned a BS in electrical engineering from Caltech and a PhD in computer science from Brandeis University.